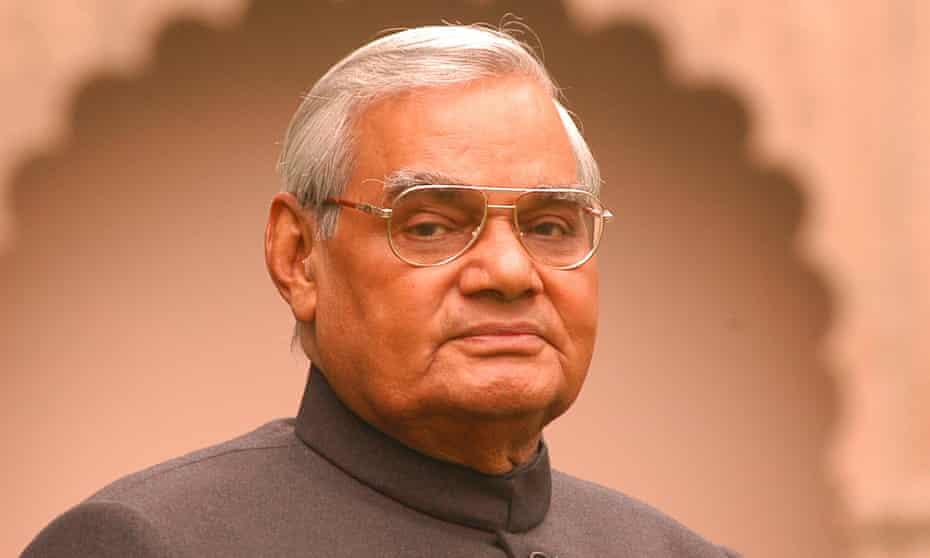 Atal Bihari Vajpayee is one of the best Prime Minister of India. People always love to listen him. He was born on December 25th 1924, you would be wonder to know that Nawaz Sharif was also born on December 25th. In this blog we will try to cover interesting facts about Atalji,

Writing Poetry When he Was in 10th Std

He was writing poetry in his childhood, some of his famous poem is Rag Rag Hindu – Mera Parichay, Hindu Jivan, Hindu Tan Man. He was also very good on Marathi, he actually translated poem of Veer Savarkar from Marathi to Hindi.

Atalji was born in Brahmin family but he loved non veg cuisines very much. He loved Prawn and his favourite restaurant was Karim’s in Old Delhi.

Atal Bihari Vajpayee and his brother also took part in the Quit India Movement and were imprisoned for around 23 days.

You would not believe that his father was his classmate. Both were shared the same room in the hostel too. So it was not like a father and son relation, they were like a friend.

Atal Bihari Vajpayee first and last love is for nation, he never married but an adopted daughter.

Jawaharlal Nehru once Predicted that Vajpayee will become a PM

When Nehru listen his maiden speech in the Parliament, he predicted that that is the man have the quality to become a Prime Minister of India one day.

He is the only politician to win from 6 Lok Sabha constituencies from 4 states. Balrampur, Lucknow, New Delhi, Vidisha, Gwalior, Gandhi Nagar.

His birthplace was Gwalior and you would not believe that In, 1984 he was defeated in Gwalior by Madhavrao Scindia.

He wants to make India stronger at every front, that is why he decided to make India a nuclear power, on 13 May 1998, he led India’s successful nuclear tests, the mission name was Operation Shakti and the place was decided Pokhran in Rajasthan and that put India in the league of the world nuclear club, the Indian public were also happy with his decision.

Speak in Hindi In United Nation

He was the first Prime Minister who speaking in his National Language in such a big forum.

If someone deserve the todays strength of BJP government then the credit goes to Vajpayee, He spent around 4 decades in opposition.

In late 2000, his health started failing, due to knee replacement surgery in 2001, also suffered a stroke in 2009, which decreased his speech.